Posted on August 30, 2011 by thewellhousecircle

‘You have a new subscriber to your blog.’

It could be anybody.

When she first sees these words on her screen, she is unnerved.  Who is this person?  Are they well-intentioned?  Are they known to her or unknown?  Will they make their presence known or remain a shadow?  Does any of this matter?

There have been other unknown subscribers before, but this one feels different.  It’s partly timing.  But it’s also the peculiar name and the absence of background information that’s usually provided.  Of the strangers, this one is the least identifiable and yet somehow feels the closest – just standing there behind her back, she can hear the light breathing, looking over her shoulder at the screen in front.  She is mesmerised, her attention held as if in a trance.

She thinks of Pan the Greek god, of Peter Pan, the puer aeternus, and then of the Pan pipes.  Worrying over an unknown identity is like running your tongue over the edge of a recently broken tooth.  Over time the tooth runs a familiar ridge in the tongue, or is it that the repeated motion of the tooth wears the edge down?  It becomes more familiar.

In that moment of baffled recognition, she remembers a dream:

‘There’s a man – he looks familiar.  I can see him now, I know him and I don’t know who he is.  There’s something about moving spontaneously to music without a plan.  I’m finding it very annoying and I don’t want to do this.  There is a backyard or forest with lots of trees, maybe on a balcony, at a house.  I am being asked what I find so difficult, Esther is also here.  I say it depends on my mood.  The man plays on a reed flute and sings in a deep melodic voice, it is very old-fashioned.’

[‘Listen to the story told by the reed,

Anyone pulled from a source

longs to go back.

The reed is a friend

to all who want the fabric torn

This person calls the tune, reminding her of another dream, where the Pied Piper holds a group of fascinated fans and followers entranced.  They are teasing her with an unknown identity, but who is teasing her?  She is teasing herself.  And then, just a fragment:

‘I keep looking out the window at the back of a long room, I see a man wearing a very tired, dated two-piece suit, a red rust colour.  He is wandering around the extensive grounds outside the window.  Inside people are eating clafouti!  I feel he’s looking at me and making eye contact.  I know he’s seen me!  Then suddenly he’s doing sit-ups!  He is in an exercise class outside with lots of people attending.  He is smiling and every time he raises his head to do another sit-up, he waves.  Then I see him wandering out over the grass to his car, I want to get there, but I don’t reach him in time.  He disappears.’

[‘At any gathering I am there,

mingling in the laughing and grieving,

a friend to each, but few

will hear the secrets hidden

within the notes.  No ears for that.’]

Come back to the present!  It feels like a hologram – now you see it, now you don’t!  She hears echoes somewhere else, and then they die down.  A feeling settles in a moment, and then afflicted by unrest.  And through this wrestling, this wondering, something else emerges, something other than a desire, for all the restless motion to cease.  No drama, no detail, no object, no colour – instead, something else, just something.  She isn’t looking.  How few if any understand, how hard to tell who really does.  She remembers what M said – maybe I too ‘am impaired in the worldly way’.

Still caught up in the moment of something stirred up, she considers writing to the e-mail address, sending a breezy note, welcoming the new subscriber and encouraging him or her to disclose something about themself, as if she did that for everyone.

She thinks she’ll stay here, wait and listen, let any feeling that rises pass away, and each time it’s stirred again, let it fade – like dying embers that burst back into flame, each time the flame is shorter, less potent, and finally the embers just glow and wink, settling into ashes. 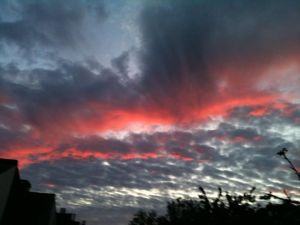 Something emerges in the dulness, in the silence, in the space.  Something different.  Something without colour.  Not a phoenix rising from the ashes.  Not hope, desire, aversion, fear…An awareness.  A sense of being.  A quietening of emotion, no motion.

[‘Body flowing out of spirit,

spiring up from body: no concealing

that mixing.  But it’s not given us

to see the soul.  The reed flute

Suddenly she realises, not with a flash of insight just as a dawning sense, that this meeting in space is a chance to glimpse, maybe feel, the soul.  It opens up possibilities within – to be that empty.  Any narrative of the possibilities outside is secondary, a distraction.

She remembers a quote from Jung:  ‘Your vision will become clear only when you look into your heart.  Who looks outside, dreams.  Who looks inside, awakens.’

Why this need for confirmation or correction?  What is the need for a response?  The fundamental affliction.  It lies beneath, waiting to resurface, returning as a felt sense in her body, turning over in her mind – a need perhaps, she begins to realise, so misplaced.  The test here and now is to be without, and so with.

[‘If a sugarcane flute had no effect,

it would not have been able to make sugar

in the reedbed.  Whatever sound

it makes is for everyone.

Stay where you are, inside

such a pure hollow note.

No one lives in that without

being nourished every day.

But if someone doesn’t want

to hear the song of the reed flute,

Rumi, The Song of the Reed Flute, translation by Coleman Barks 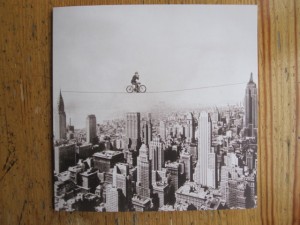 This entry was posted in connections, dreams, Jung, music, yoga. Bookmark the permalink.

2 Responses to The reed flute