Posted on November 20, 2011 by thewellhousecircle

‘The musicians sat in a relaxed circle just in front of the audience…I looked around and it seemed that the entire audience was smiling…The kind of instinctive smile that says everything is just too perfect for words.’

– Review of Methera performing at the Bath International Music Festival

The other day I went for a walk and I saw the seven white deer again.  They were white in the sunlight from a distance, and then they turned light brown closer up.  In May I’m sure it was eight and then I heard shooting in the night and I was sure they had been killed in the legal cull.  I haven’t seen them since.  It felt so good to see them again.  They had survived!

It was a charmed moment, the kind that gives rise to an instinctive smile.  I went for a walk, I didn’t really know where I was going, I kept changing course.  Now I know the area well enough not to get lost, that makes it easier and harder.  I cheat myself by making the walk shorter if I feel tired.  So at the midpoint of the walk as planned, I turned away to go further and then felt too tired, so turned around just in time to see her again.  The woman with the two dogs.  My heart juddered.  I last met her recently when I was trespassing on her land.  Not a good start…plus I had been on my phone – not something I often do when walking – and sitting down!  It had been such a beautiful warm day, not a good way to meet someone and get thrown off their property!

She was American too as was the friend I was speaking to on the phone.  We’d all been here for over 30 years.  I had been embarrassed by this coincidence, maybe somehow it made it worse (an inditement of the American character!), but I braved it out and made my way to the legal footpath as quickly as possible, with the woman and her dogs trailling behind, firmly escorting me off their land.

Fortunately on this second occasion I was on a legal footpath and so I was able to take in my landholder and I found I liked her.  We discovered we had other coincidences of connection, not least both sharing a link to the A of her name – hers close and through marriage, mine distant and by association.  And she expressed interest in coming to my yoga classes.  Without discussing it, we felt we had a similar relationship to being in England for all these years.  I felt I’d found a friend.

I will probably never coincide with her on this isolated walk again but – no matter.  Twice in as many weeks is good enough.

I had delayed my walk, and so I met the lady and the deer. 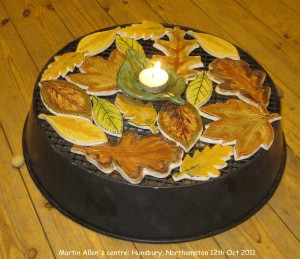 So I went for a walk again a couple days later in some snatched time.  I knew I couldn’t have the good luck to coincide with her again, so I decided not to go that way, and this time I saw the deer much sooner.  I think there were eight of them, possibly nine.  Again they were white in the sunlight, then they ran off behind the hedges.  I felt uplifted by the sight and I knew something good was about to happen.

Regrettingly, I had to shorten my walk to get back.  As I walked towards home, I saw the neighbour I had not yet met, despite living here for more than three years.  She was raking gravel in her drive, deeply absorbed in her task, it was a Zen moment.  I was reminded of the story of the man in the garden of a Japanese temple raking leaves, and when he finished his task it was time to start again.

I walked by and almost home and then I found myself turning around almost involuntarily.  I felt I wanted to go and say hello to her and talk to her about my yoga classes.  The lady wanted to come, perhaps the neighbour would too.  I hesitated to interrupt her and I was almost next to her before she turned around.  The most amazing conversation followed.  Why had I left this three years to happen?  The timing must be right now, she invited me in for tea, we talked about yoga, the meaning of her name (deep beautiful eyes of a deer).  I felt I was meeting Madhu.  She gave advice without advising.  She spoke of reaching for the rose through the thorns, reaching more as the thorns sank deeper.  I told her about the monkey placing its paw in the coconut and unable to get it out when it grasped the nut, only freed by letting it go.  We understood each other.  It was very strange and gave rise to another instinctive smile.

It was a Methera moment. 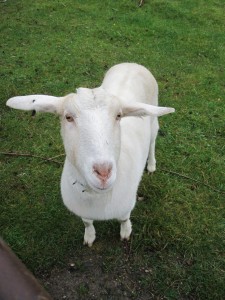 Yan, tan, tethera, methera….methera means four in Lancashire sheep-counting language.  I discovered Methera a couple weeks ago due to another happy moment of timing.  Anne, a music friend, had written to me about them and then I found that they were performing very close to where we would be three days later – this was extraordinary since they almost never perform.  One lives in Sweden, another in Canada, and two here.  We made our way to the church just off Salisbury Plain, and found ourselves sitting in a semi-circle of chairs in a church with the quartet moving round in a little tight circle inches away.  They played some of the most amazing music I have heard for a long time, old tunes and their own compositions.  They exuded energy and life.  I cannot stop listening to Oak Hill by Miranda Rutter, which so captures the longer steep ascent of a hill and the more gentle descent.  The beautiful texture of the strings, especially when the cello and viola come in deeply towards the end, is heart-wrenching every time.  Another instinctive smile!

‘It was a yearning for traditional music to be heard through the voice of the string quartet that compelled Methera into existence.  It quickly became clear that Methera was about a meeting of musical minds.  Four individual musical characters with our different stories to tell; the cohesive structure of the string quartet gives us freedom to indulge in tradition and rebel against convention.  The tunes we choose to play, both traditional and newly composed, are those that enchant us.  It feels like they thread their way into the tapestry of the string quartet and yarns such as these emerge…’

Lots of synchronicity at the moment.  Just when I feel something, there is evidence of it being true or happening.  Some of this is on the internet!  It may be hard to distinguish fact from fiction.  I am learning that my intuition is ever more trustworthy.  Factually it may not be 100% right, but the spirit moves in the right direction.

As Madhu said the day after I met my neighbour, ‘I am but a vessel through which he came into being….he belongs to the universe…and I have to let go…’ 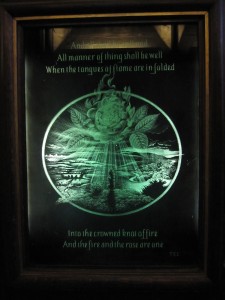 14 Responses to An instinctive smile