The way we know each other

Posted on June 23, 2013 by thewellhousecircle

I wrote you some letters a few years ago. I felt I knew you, although it seems I didn’t. You wrote back, directly and through less direct means. Then, when I met you, I realised I didn’t know you. You were not the person you presented yourself to be. We hardly exchanged a word. I was disappointed. I had had unrealised expectations – unrealised before we met because I was not fully aware of them, and unrealised afterwards because they were not met.

In time I let them go. 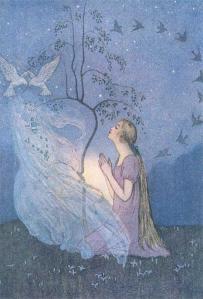 The way we know each other is in passing. Sometimes it seems we know each other best when there are simply moments of connection rather than regular interactions. How much time do we need to spend together to know each other? Sometimes, almost none at all. And sometimes, the more we spend the less we know. Again, sometimes, somehow the restrictions on the amount of time possible make the knowing clearer, cleaner, sharper and more intense.

I met an old friend recently when we coincided in the city where she lived to hear some music together. I say she is an old friend, when in fact I think we’d only met face-to-face a couple times before. We’d been on parallel yoga mats at a workshop and discovered we closely shared musical tastes, work interests and places to stay.

The corruption of expectations. Because you write a poem, some words, or a song and it speaks to me, I expect to be able to speak to you. Maybe I can only speak to it. You are not your words. And just because those words have come from you, does not mean that you are someone to whom I can speak. You’re not the problem. My expectations are the problem.

I went somewhere I work recently. There’s always a nice friendly woman at the front desk. Everyone knows her, she remembers small but important details about each person who works there and each person who visits. The last two times I’ve arrived though, she hasn’t been there.

So I asked about her and it turns out she’d been engaged in petty theft and fraud for a number of years. She’d been caught out by chance, was challenged and promptly confessed, so had to leave immediately. The story behind her surprising behaviour – at odds with the persona that greeted me and the world – was complicated, to do with family financial pressures and mishaps. It all made sense once she told her story.

She wasn’t the woman we all thought she was, and somehow that didn’t surprise me. It made me think how we only ever know the surface; and then I was taken back to the day my mother woke me up and said, ‘I’ve left the newspaper with your breakfast. There’s a story there you’ll want to read.’ Plastered on the front page of the Local Stories section within the state paper was a photo of our closest family friend. She had worked at a major bookstore for many years and was one of the key staff there. Everyone relied on her for guidance and support. She was always so welcoming to me as a child, arranging little treats and outings. Turns out she’d been stealing from the till for over a decade to fund her mysteriously comfortable lifestyle, and was hauled off to jail never to be seen again.

It was a terrible shock, I can still see the photo of her beaming face in my mind’s eye. So we never really knew her, just the face she showed the world. It was a powerful lesson burned deep.

So I know the stories you tell the world, the stories you tell me, and the stories I tell myself about you. It’s those last which are the hardest to give up. Maybe because they put a cleansing frame about the bits that are less comfortable, less pleasant, and that don’t fit in the frame so nicely. Maybe giving my stories up makes me feel I was wrong. My judgment was flawed, I was less good at putting the pieces together than I would like to be.

And maybe when I do give my stories about you up, I realise I don’t know you at all, I don’t presume to know much or anything about you. And yet I know you completely. 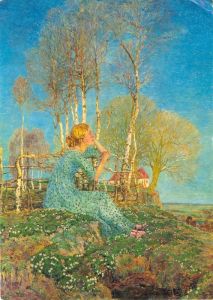 And so when I left that time – seeing you again, another you, the same you – who I could never speak to, standing right in front of me – we exchanged a glance and a word, and suddenly it was all alright. Just a meaningless exchange but I knew you well and you knew me too, in that moment. There could be a disappointment, a frustration, because we will never be able to talk, never know each other in that sense of regular interactions. But there would only be a disappointment if there were hope turned into expectation. And even if we walked side by side, little or nothing might be said. But the way we know each other is always there, and somehow that’s what matters.

5 Responses to The way we know each other